THE OLDER ANGELA BASSETT GETS THE BETTER SHE LOOKS

THE OLDER ANGELA BASSETT GETS THE BETTER SHE LOOKS

Our #wcw Angela Bassett is not only known for her amazing acting skills, but also her toned physique. At the age of 58, Ms. Bassett keeps her body in tip top shape with her blazing arms and rock hard abs. Being a talented petite 5’4 African American beauty has landed her prevalent roles such as Tina Turner in “What’s love got to do with it” and Stella in “ How Stella got her groove back”. So how does she do it?

Well, for starters, her fitness routine includes muscle work that works for women who want to be muscular, while still maintaining a feminine appearance. When she prepared for the Tina Turner role, surprisingly Angela only had to work out for 2 hours 2 days a week. Her secret? To train smarter, not harder. Basset incorporates moderate weights into her workout routine along with various exercises like chair curls to keep her toned, lean frame. And even when Angela is not preparing for a breakout role she still tries to keep a consistent workout routine. Consistency is key!

In addition to a structured fitness routine, Basset follows a low-carb paleo diet as well. On a regular basis Bassett states that “She tries to watch my diet so, I can fit into whatever I am wearing. Cut the sugar, the alcohol, and the bread, and eat a lot of protein and veggies.” Instead she eats foods “like potatoes, starches, and fish because they contained complex carbs and lean proteins” to achieve her hot body.

Between a lowkey fitness routine and a few diet changes, Ms. Bassett continues to be the epitome of aging gracefully and proof that you don’t have to go too hard to experience real results. 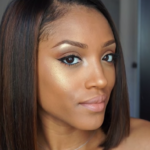 Is Strobing the New Contour?

A HOME ROUTINE THAT RELIEVES YOUR STRESS IN MINUTES!