Get Rid of the Mad Black Woman Stereotype In Your Life 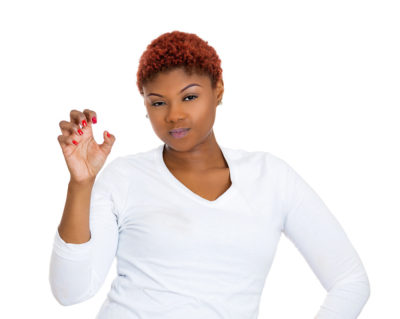 Get Rid of the Mad Black Woman Stereotype In Your Life

We have all heard it before: the mad black woman stereotype. In fact, filmmaker Tyler Perry made it a household phrase with his “Diary of a Mad Black Woman,” film. BlackGirlHealth talked with a professional about the danger of anger and why we should let it go.

Dr. Patrice Jucks counsels all ages in her Atlanta, Ga. practice. But she shed some light on the importance of forgiveness for women. She acknowledged the mad black woman stereotype and pointed to black women often bearing a heavier load. “There is a “mad black woman” stereotype that exists and just like most stereotypes, it came from ignorance and lack of information about black women, such a diverse group of people, who have overcome vast challenges while often times being the foundations of their families and communities,” Jucks said.

Intense anger, bitterness, and major challenges with functioning in relationships are telltale signs of unresolved issues that require forgiveness, according to Dr. Jucks. Contrary to what you probably heard, you do not have to forget about the hurtful past or person in order to practice forgiveness. She described forgiveness as “letting go and freeing yourself of the negative feelings that are connected to the person who offended you or the painful occurrence.”

“You won’t forget the event, but you are clearing your heart of the negativity that is preventing you from being your best self,” Jucks said. “You are letting go of grudges and releasing bitterness that you feel.” Even in recognizing the need for forgiveness, there are often obstacles that keep women holding on to hurts and anger with both hands. “I believe individuals feel a sense of false power by holding on to anger and showing others that they are angry. They may even feel like remaining angry or holding a grudge protects them from getting hurt again,” Dr. Jucks said. But she advised against it.

“Holding on to anger and hurts can be dangerous because they can cause one to have a collection of emotions that have never been released, a practice of bad habits instead of healthy coping skills, and cause one to block themselves from having a new positive relationship with others,” Dr. Jucks explained. She described a sense of freedom that comes from forgiving others. “Forgiveness is important to allow individuals to move forward in their lives and release the anger they feel regarding a person who wronged them,” she said.

Women as a whole should practice forgiveness because of their multiple roles, such as being a spouse, mother, career professional, caregiver to an aging parent, etc. Dr. Jucks referred to the need for “self-care,” through forgiveness before fulfilling their obligation to care for others. It keeps women balanced and healthy, she said.

*Dr.’s Note: All the above does not relate to issues, like abuse or trauma.For more information on Dr. Jucks, visit her website at patricejucks.com

DO YOU HAVE UNRESOLVED ISSUES NEEDING FORGIVENESS? HERE IS A QUICK CHECKLIST FROM DR. JUCKS: 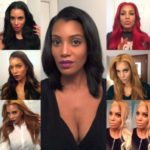 Don’t Dye Your Hair Without Reading This Article 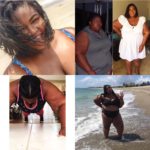 How I Stayed Confident When Losing Weight