You see it everywhere, people are constantly talking about it. They are talking about how it changed their lives, and how much weight they’ve lost. You see testimony of people who cured their diabetes and other diseases. This Vegan diet, It seems like a miracle cure right? And now an even bigger question.. Where do I sign up!? (that was my question at least). I have watched all the documentaries, Vegan youtube cooking channels, and searched high and low for vegan restaurants. But, I don’t happen to be vegan, and I don’t think I ever will be.

I know what you’re thinking, good for you sis but what about me? Well any reasonable internet stranger can write down a list of benefits to a vegan diet, but no one should be telling you what diet to choose. However, I’m here with the tea on this vegan diet and i’m ready it spill so get your cups ready. Here are my top 3 things you should consider when deciding whether to eat a vegan diet or not.

This ain’t corny, it’s real. Your why is the most important thing to consider when going vegan. Following the crowd (like I was doing) isn’t going to get you there so don’t even try it. You need a real reason, and whether its animal rights, health reasons, or weight loss it’s got to be a good one. This reason is the only thing that will stop you from binging on those tacos after a fun queens night out. Find your why write it down, and keep it near and dear if you’re deciding to go on this journey.

Can you cook or nah?

I’m just going to let you know sis, vegan food can get bland and boring, Fast! You’re definitely going to have to use your chef skills more often, unless unseasoned chicken was one of your favorite meals before going vegan (which I doubt). Seasoning vegetables is different (and more difficult in my opinion) than seasoning meat. I once put 11 herbs and spices on some broccoli just for it to taste like I hadn’t even seasoned it! It took me a while to get it right(cereal was my specialty before this, so that may have played a role here). Even though I’m not vegan I still eat some vegan dishes because I was able to get it down to a science. (after wasting a ton of food of course) but that’s just a part of the learning process

Ain’t nobody got time for that!

See, one of the misconceptions is that if you’re eating a vegan diet, you’re healthy. That couldn’t be farther from the truth! I mean think about it, Skittles and Oreos are vegan. You can just eat that everyday and call yourself a vegan, but that won’t drop the weight or prevent disease. The only thing that will do that is eating real foods and making them yourself for the most part. Whether you can cook, and whether you have the time to cook are two separate things (I know a professional chef that rarely cooks at home). Preparing food yourself is the foundation of health, whether you are vegan or not. So if you aren’t cooking at home most nights now, its safe to say, you probably don’t have the time for a vegan diet just yet. Try getting in the habit of cooking more often first, that will jumpstart your success and make switching little easier on you if you so decide.

So those are the 3 things you should consider when deciding whether or not to eat a vegan diet. Notice I didn’t say anything about liking ( or loving) meat. There are lots of substitutes out there that taste good and give you protein. But the things that I’ve mentioned here will help you be successful in your vegan quest. And even if you don’t fully transition, eating vegan sometimes (like I do) is still a great lifestyle choice. 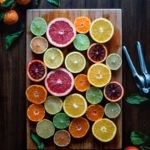 How I Eat for Energy